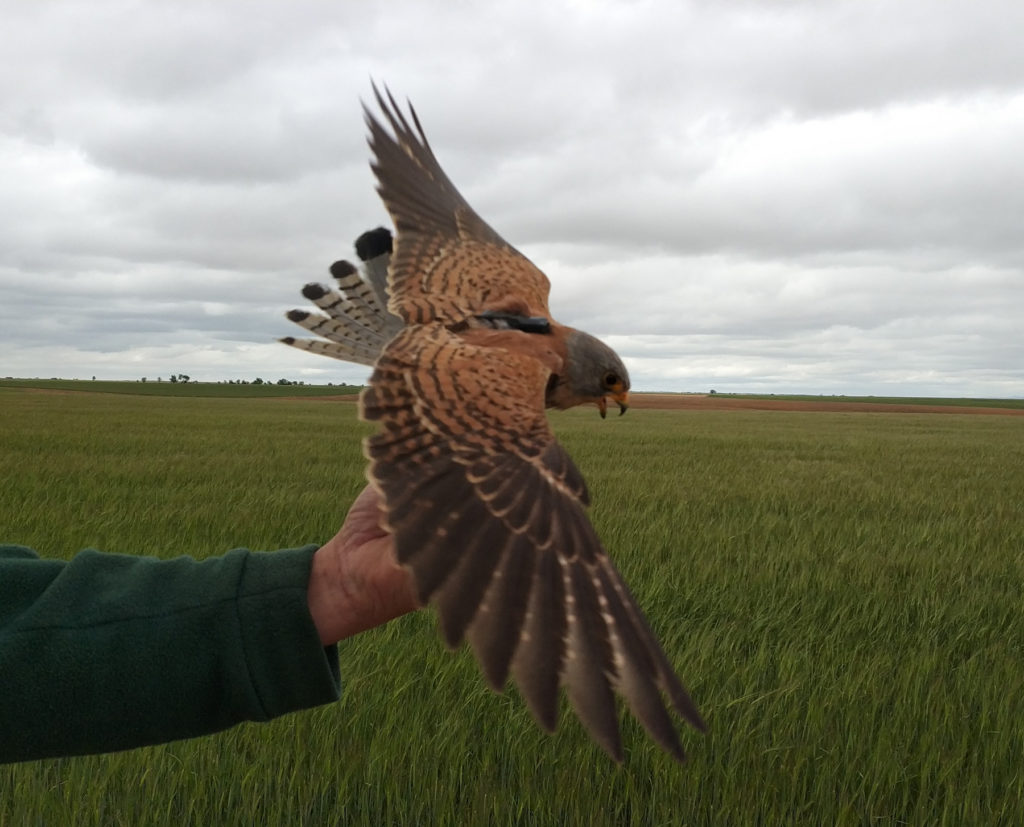 The Farm Alliance for Biodiversity is a project directed at the improvement of infrastructure with regard to the nesting and shelter of key species in the agricultural ecosystems of steppe habitats. New areas were created to facilitate the settling of species which are both necessary in the biological control of agricultural pests and whose wild populations are in decline, as is the case with the lesser kestrel, nocturnal birds of prey, bats etc. Further areas were also habilitated both for the growth of insect, reptile and mammal species which are beneficial to farming, and also to act as a food store for other predators.

Our work consists of tracking animal populations, determining their presence and communicating their important role in the natural balance of the agricultual ecosystem. Bats, kestrels and other birds of prey are powerful allies in the natural control of insects and mammals which are harmful to farmers, such as orthoptera, lepidoptera, rodents, lagomorphs etc. Our aim is to restore the natural balance between predator and prey, coexisting side by side with agricultural production.

The Farm Alliance for Biodiversity seeks to highlight the importance of conserving agricultural biodiversity and the relevance of the role played by the species being monitored. The study will cover breeding habits, the behaviour of the colonies, analysis of their presence and a risk assessment determining the factors behind declining numbers. Our objective is the quantify the favourable impact these species have on agricultural areas and the need to implement infrastructure linked to biodiversity.

For us, it is crucial that farmers and the greater population understand the importance of conserving wild species. To that end, we will install cameras to live stream nests and colonies, carry out volunteering activities and organise data transmission days for farmers.