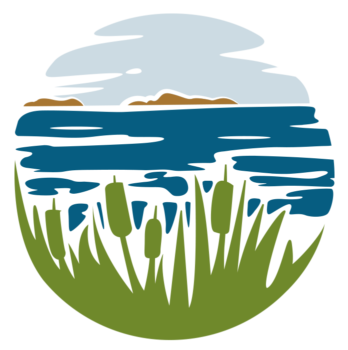 After the environmental education and dissemination actions of the LIFE Wetlands4Climate project of Fundación Global Nature in the year and a half that it has been running, and after the general improvement in the health crisis caused by Covid-19, the environmental talks in educational centres in Tierra de Campos has already started.
On 10th, March, a project technician went to the high school Jorge Guillén in Villalón de Campos (Valladolid) to give talks to 12 secondary school classes, a total of 178 students from 1st ESO, 2nd ESO, 3rd ESO, 4th ESO and 1st Baccalaureate. And on 16th, March it did so at the highschool Campos y Torozos de Medina de Rioseco (Valladolid), to 7 secondary education classes of the 4th ESO, 1st Baccalaureate and 2nd Baccalaureate courses, making a total of 110 students more. 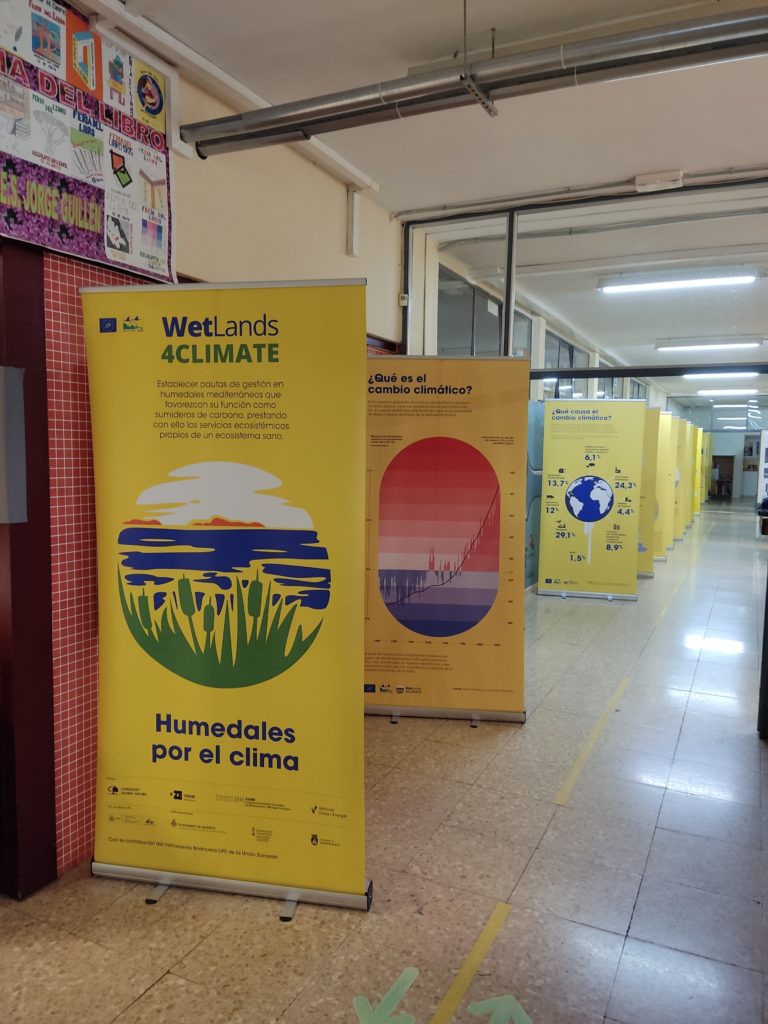 Thanks to environmental education, great objectives and changes can be achieved not only in the future conservation of nature, spaces and species, but also in human survival itself and the correct development of its socio-economic activities. And this is the message that we tried to transmit to the students of these centres, which is an important and necessary task due to the importance that they will have, as future generations, in the impact of human activities on the environment in which we live. The LIFE Wetlands4Climate project aims to achieve this and improve the situation.
In addition, the mobile exhibition of the project was exhibited in these centres, which exemplifies in a visual and attractive way the changes caused by climate change in recent decades, the destruction and pollution of wetlands, the appearance of poorly conserved wetlands versus those that are properly managed and restored and their consequences on humans and the environment, as well as the possible actions that can be taken in response to this. This consists of travelling panels that make up a visual scene that was visited by pupils and teachers from both schools over several days. In total, 240 people attended the exhibition of the LFIE Wetlands4Climate project at the high school Jorge Guillen in Villalón de Campos, and another 210 ones at the high school Campos y Torozos in Medina de Rioseco. It was also given some educational material to the high schools’ teachers, adapted to the possible different levels of the students according to their grades, with which they will work with them in a practical way on the concepts taught in the talks and those learnt with the mobile exhibition of the project.

This website uses cookies to improve your experience while you navigate through the website. Out of these cookies, the cookies that are categorized as necessary are stored on your browser as they are essential for the working of basic functionalities of the website. We also use third-party cookies that help us analyze and understand how you use this website. These cookies will be stored in your browser only with your consent. You also have the option to opt-out of these cookies. But opting out of some of these cookies may have an effect on your browsing experience.
Necessary Always Enabled
Necessary cookies are absolutely essential for the website to function properly. This category only includes cookies that ensures basic functionalities and security features of the website. These cookies do not store any personal information.
Non-necessary
Any cookies that may not be particularly necessary for the website to function and is used specifically to collect user personal data via analytics, ads, other embedded contents are termed as non-necessary cookies. It is mandatory to procure user consent prior to running these cookies on your website.
SAVE & ACCEPT